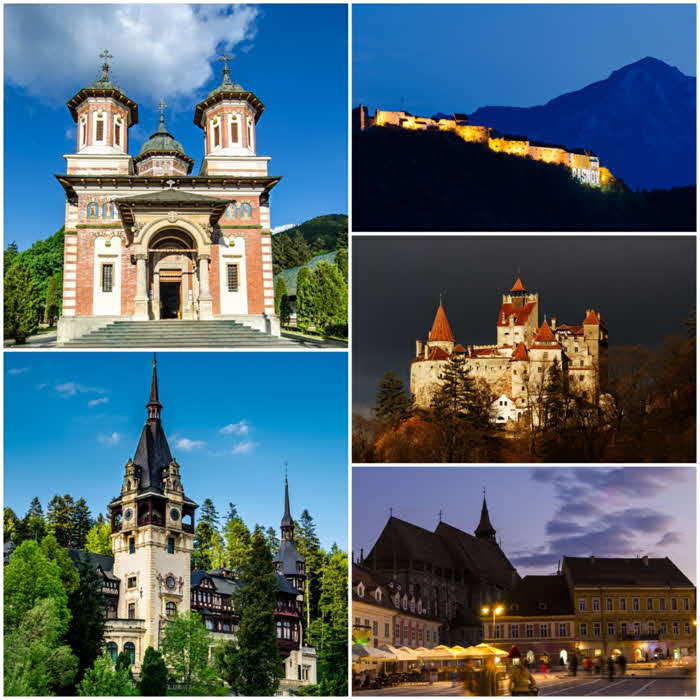 Prahova Valley Tour includes stops at some of the most beautiful attractions in Romania, famous all around the world:

Sinaia Monastery
Sinaia Monastery was founded by Prince Mihai Cantacuzino in 1695 and named after the great Sinai Monastery on Mount Sinai. The monastery is well known for its mural paintings.

Peles Castle
Peles Castle was built between 1873 and 1883. This is a Neo-Renaissance castle placed in an idyllic setting in the Carpathian Mountains, on the medieval route linking Transylvania to Wallachia. The Peles Castle was the world’s first castle fully operated by electric power. The castle has rooms decorated with elements inspired from world cultures, settings that can vary by function (offices, libraries, armoires, art galleries) or by style (Florentine, Moorish, French).

Bran Castle
Bran Castle, the fortress commonly known as “Dracula’s Castle”, is situated on the border between Transylvania and Wallachia. This castle is among several locations linked to Dracula’s Legend and it is marketed as the home of the titular character in Bram Stoker’s Dracula. The castle was first used in 1378 in defense against the Ottoman Empire, and later became a customs post on the mountain pass between Transylvania and Wallachia.

Brasov
Brasov city, Kronstadt, is the capital of Brasov county and the 8th largest city in Romania. It is surrounded by the Southern Carpathians, and is part of the Transylvania region. The city is notable for hosting the Golden Stag (Cerbul de Aur) International Music Festival and for its famous Black Church.

Black Church
The Black Church was built by the German community of the city and stands as the main Gothic style monument in the country, as well as being the largest and one of the most important Lutheran places of worship in the region.

Services included in the tour:
transportation and tour guide

Services not included in the tour:
entrance fees, meals and photo taxes